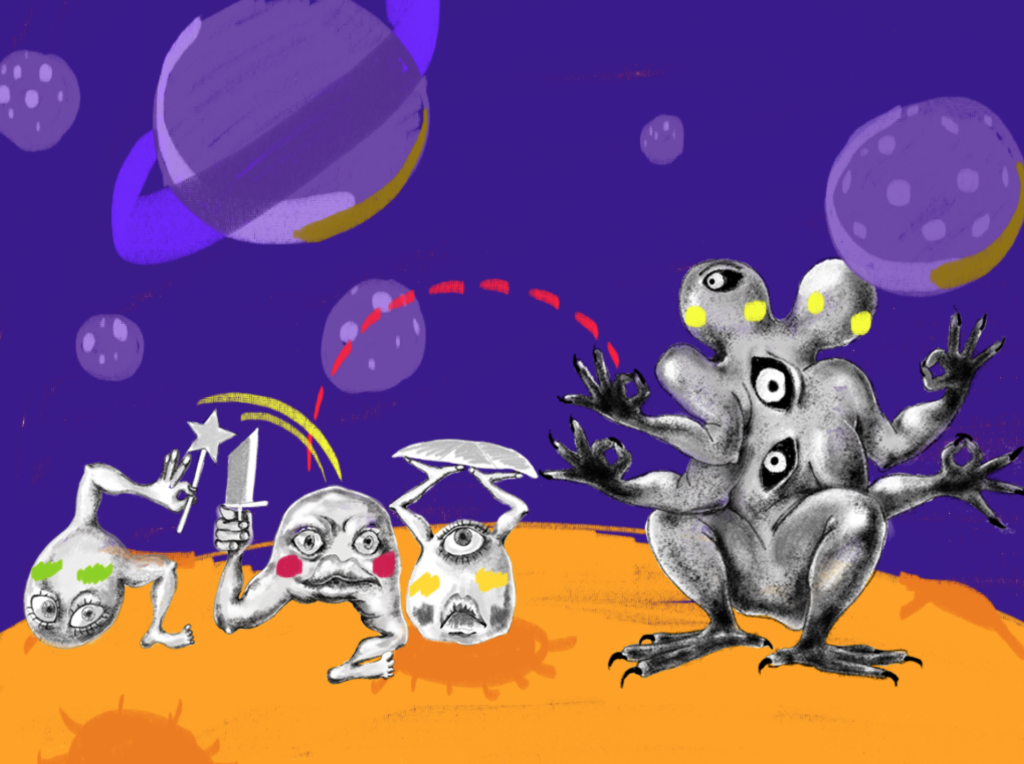 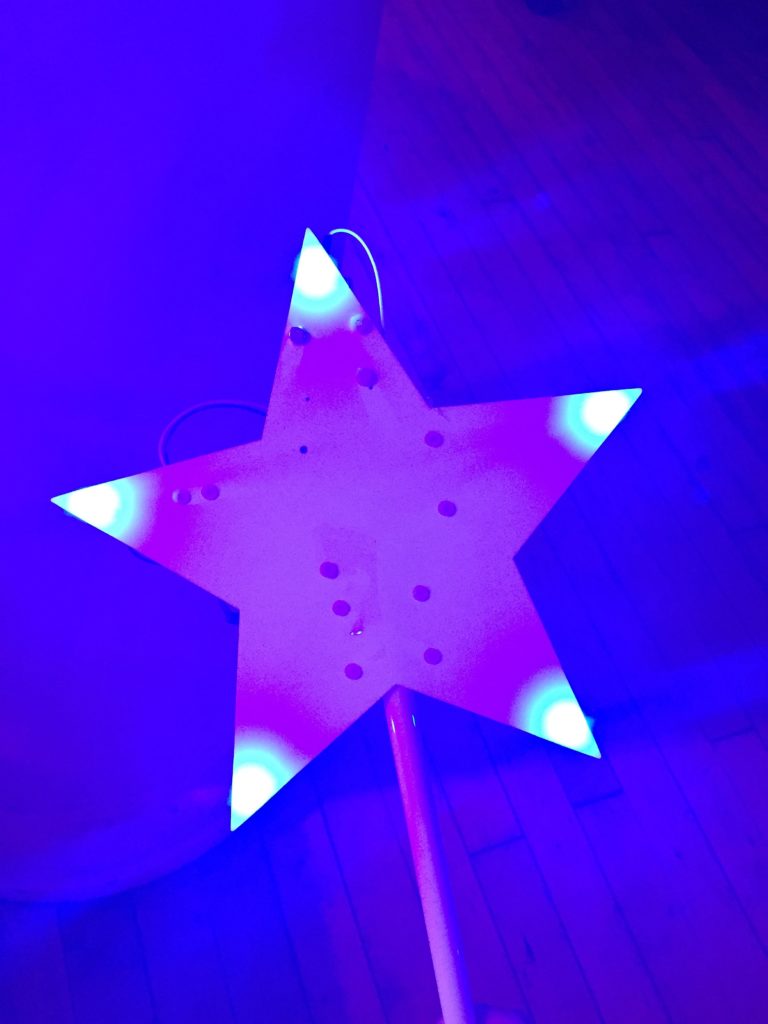 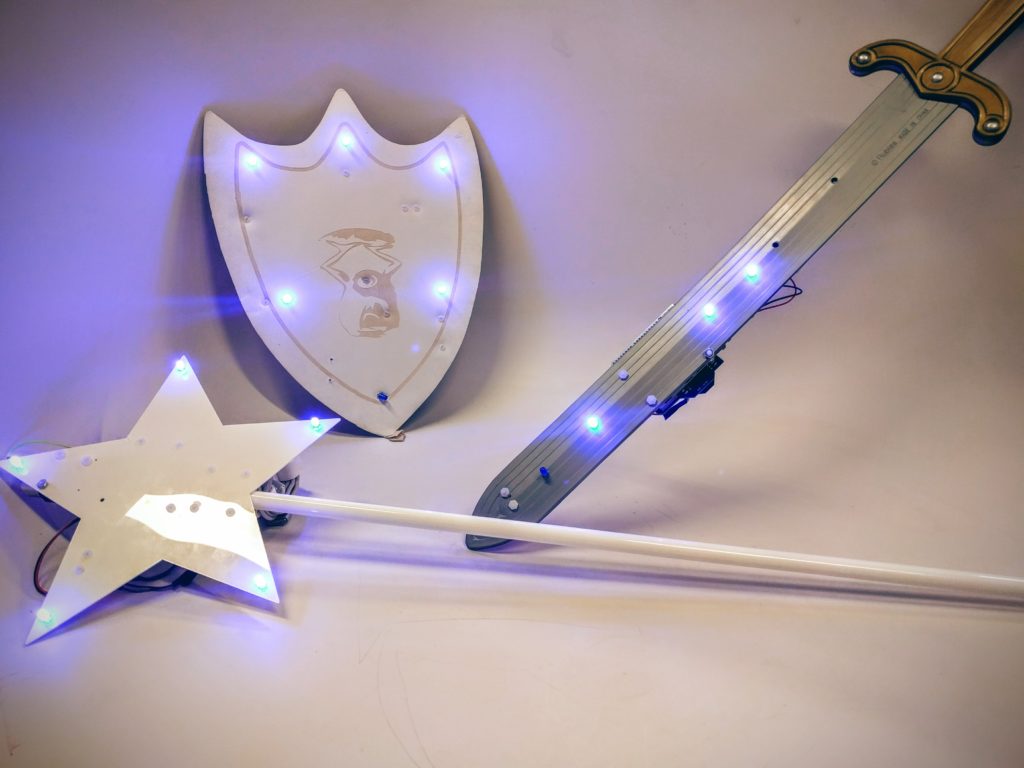 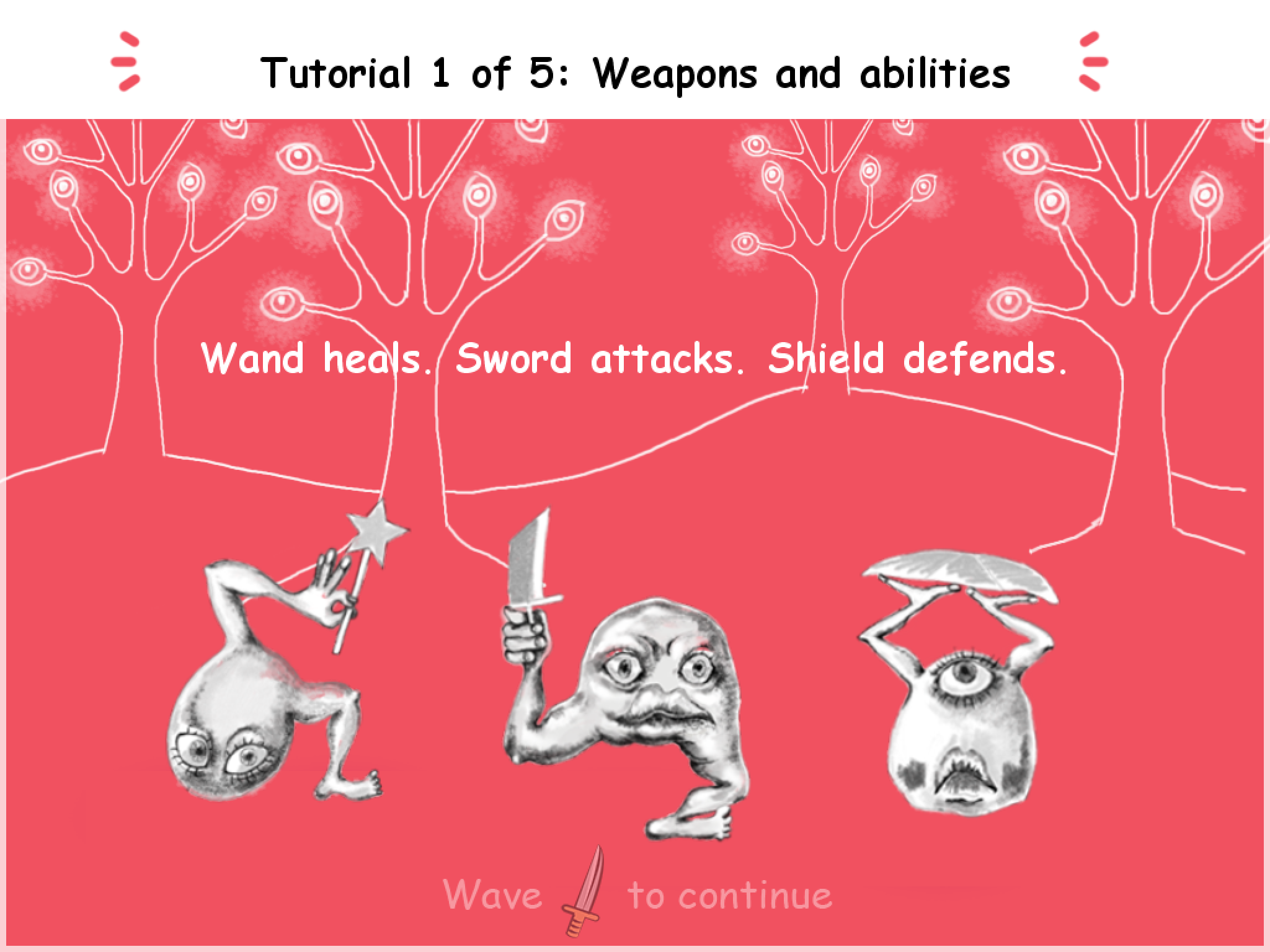 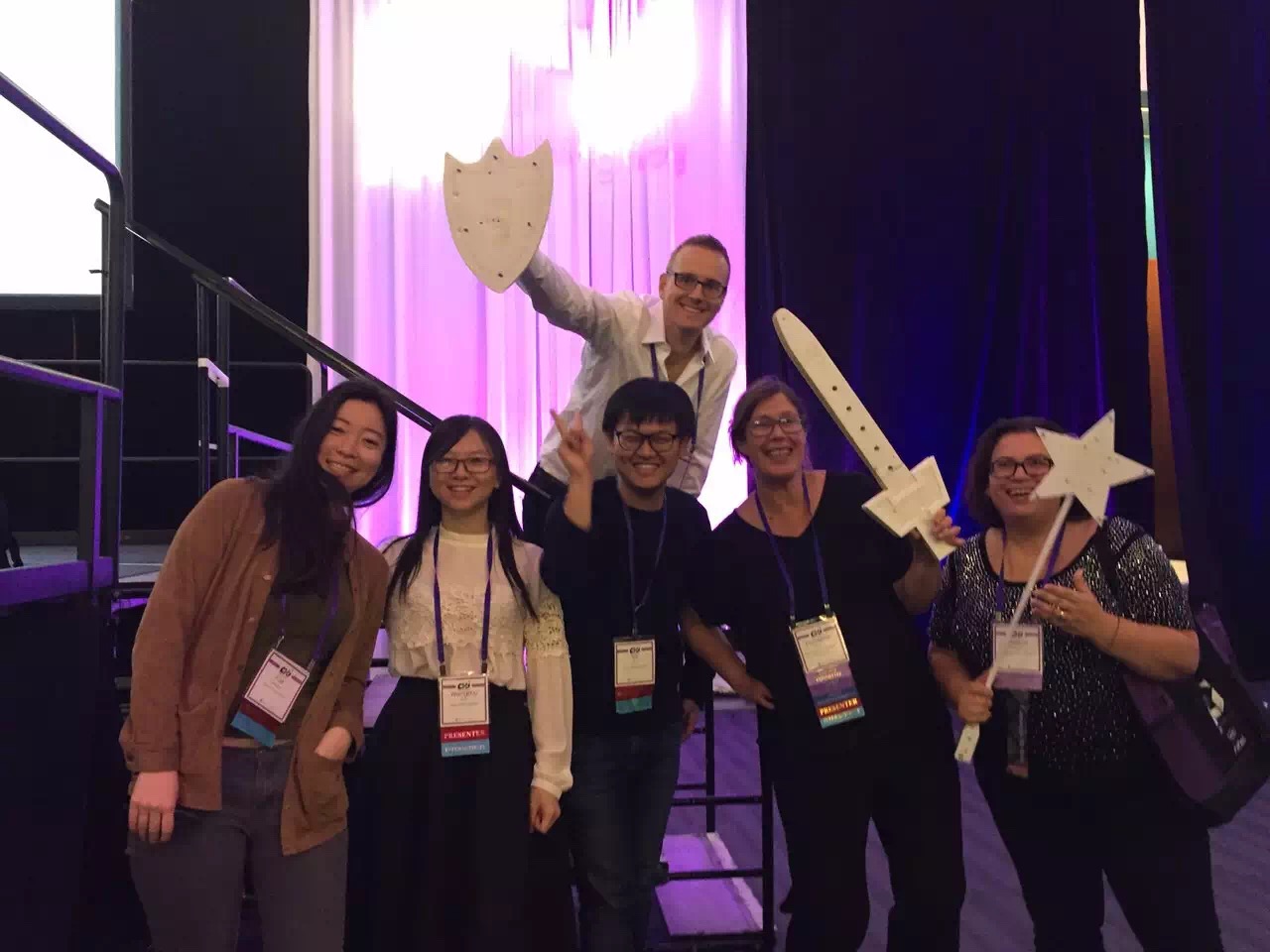 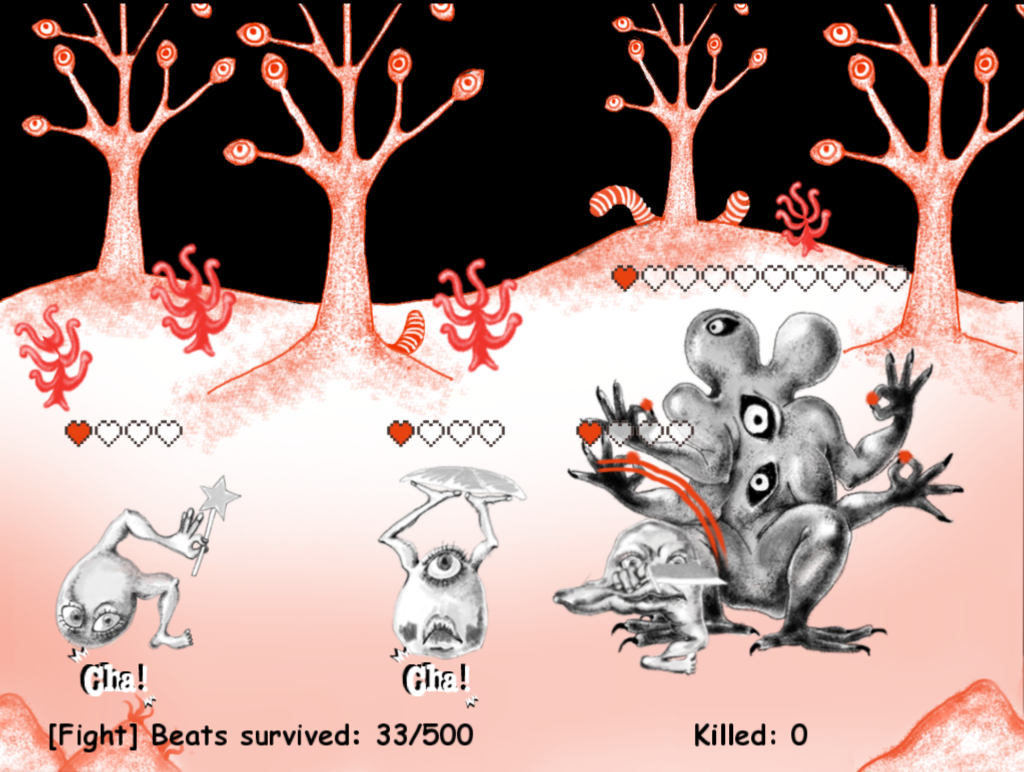 We designed this music box that can give you inspiration by generating random melodies, and also allow you to play as you wish. In this video, I combined the random melodies with improvised melodies to make a whole music piece.

Stay away guy! I didn’t want my bike be stolen anymore, so I made this alarm circuit.

Just wind a thin conductive string around the wheels. If the bike is moved, this string will break up and the alarm light will turn on and send out a message that your bike is moved. 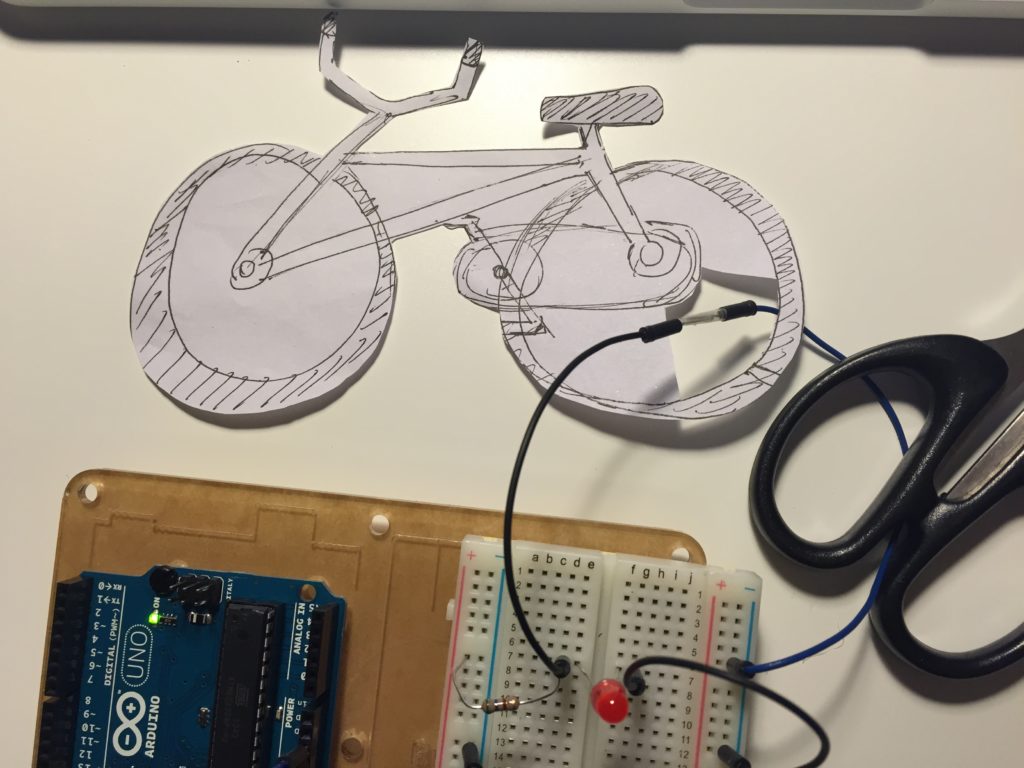 Below is a video about how it works.

The logic behind is a simple Not logic, thus when the string is good, the electric current is drawn to the ground so that no current flows into the LED; otherwise when it breaks, the LED turns on. 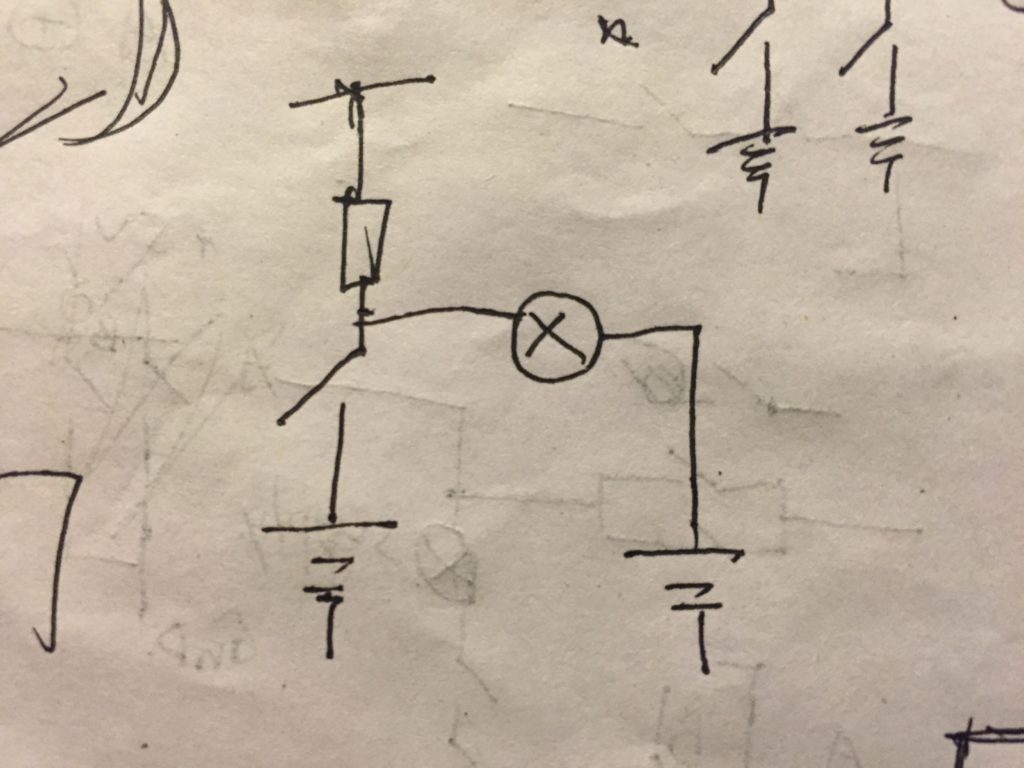 It was fun cutting paper into a shape. Haven’t done it since long ago.

1. How would you define physical interaction?

My definition of physical interaction: interaction is the communication between two processors (either human or computer) that all have input and output channels, and at least one of the channel should be physical. Like in this picture: 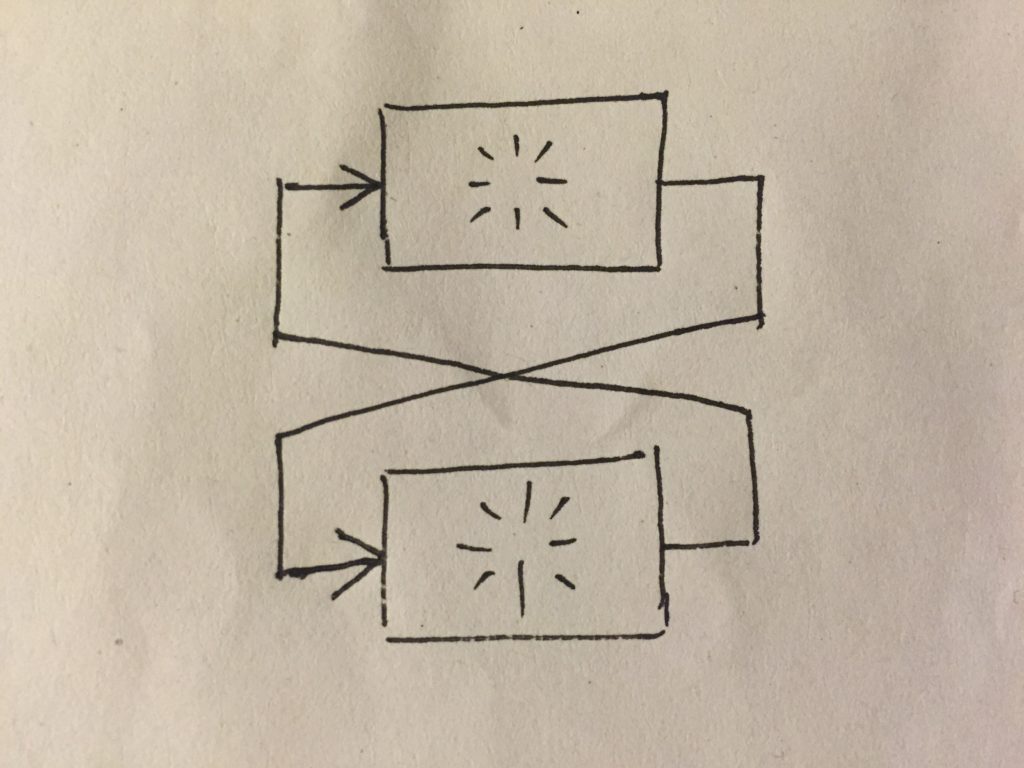 2. What makes for good physical interaction?

A good interactivity should, by definition, not miss any of the links and processing ability in this picture. If there is a bad listener/speaker, either human or computer, then at least one of the links will break and their conversation won’t continue. If one of them can’t process or speak or listen at all, they cannot even setup a conversation, or at most, like a man reading a book, there can only be one-way communication. Besides, the interaction should be physical, meaning that activities like people watching and listening, are not physical at all.

And that’s not enough a good physical interactivity. A good interactivity between two processors should be efficient, therefore they should have proper level of listening and speaking that match each other, and both of them should be efficient thinker. Say a person is typing on a computer like what I’m doing now, a good interactivity is based on that I have good eyes and an efficient typing skills, while the computer has a good keyboard and a good screen, and we can well understand each other and both perform our work efficiently.

3.  Are there works from others that you would say are good examples of digital technology that are not interactive?

Looking at the picture above, it is easy to find some digital things that are not interactive. 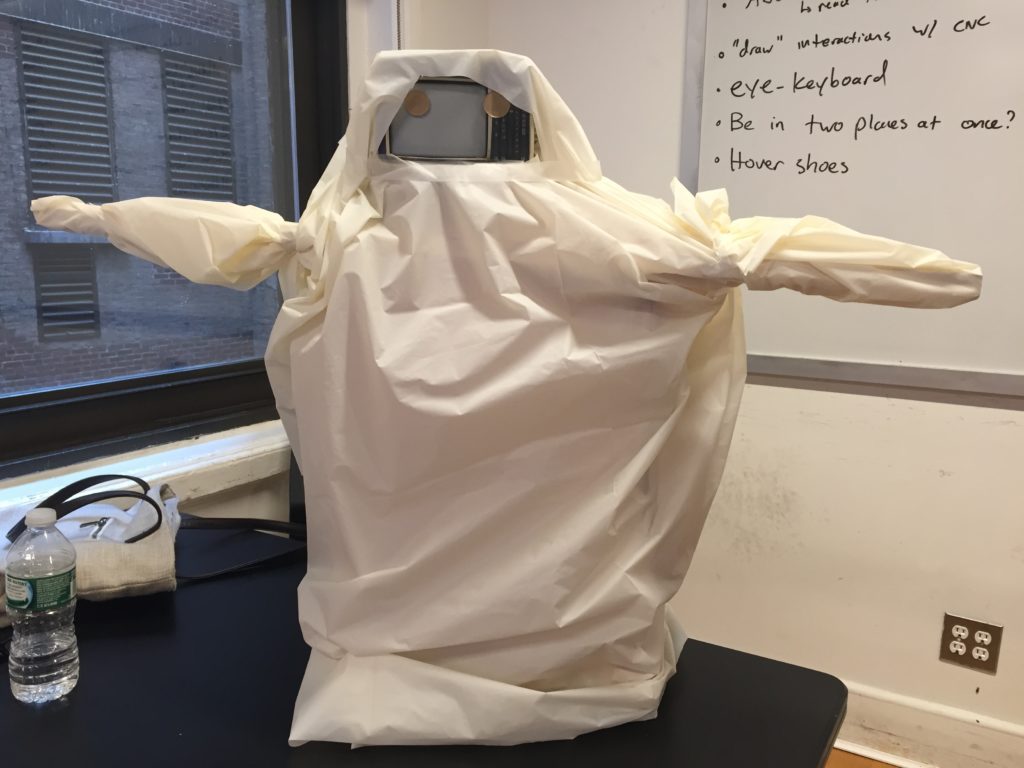 This is the great prototype that we made at PComp week 1.

How can distant friends hug each other? We designed iFriend to realize this dream!

At first, we want to make a touchable hologram of a distant friend. But soon the question appeared: How can you hug a hologram? At best you can see his/her face and body, but we expect MORE than this 😛

So it came to our mind a real avatar to represent you to your distant friend. It is named iFriend!

It is a big white soft robot like Baymax, that you can hug and send your hug to your friend. On iFriend’s head there’s a big screen for you to see your friend’s face and make it more emotional. To recognize your gestures and transmit it to your distant friend, we have two cameras on iFriend’s head, and additional cameras can be added on the wall of a room to improve precision, too. Some more sensors can be added to the robot to send more information like how hard you hug, how warm your hug is, etc.

Designers: To be completed!