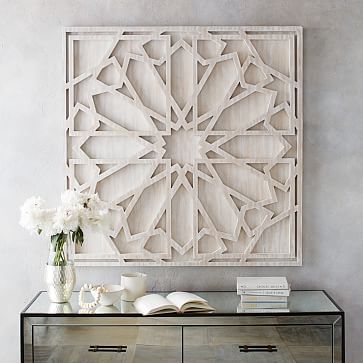 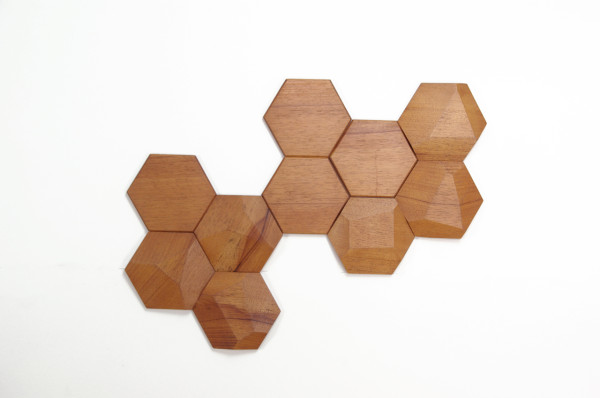 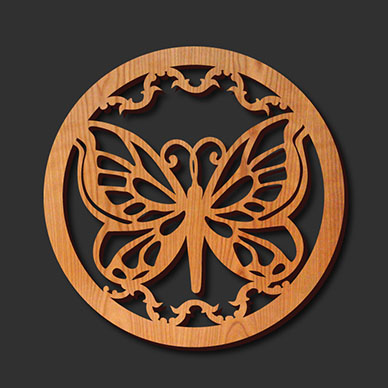 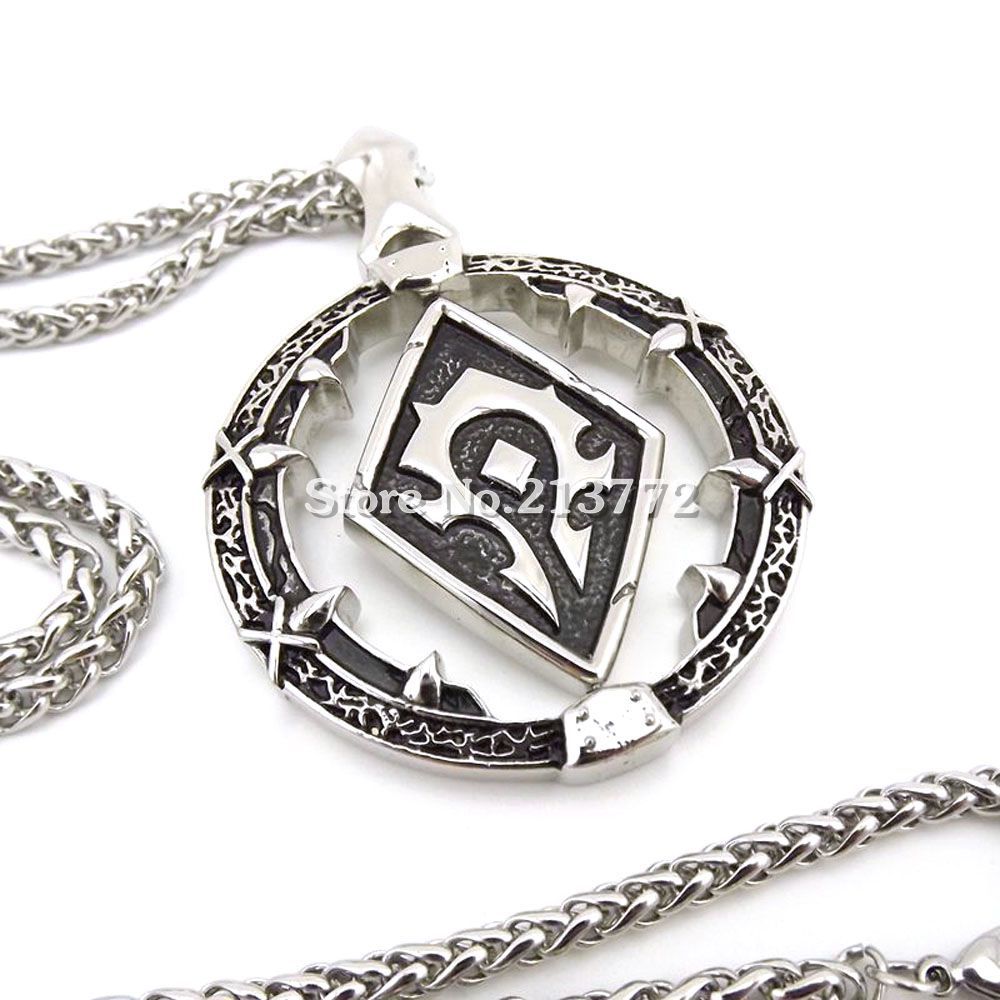 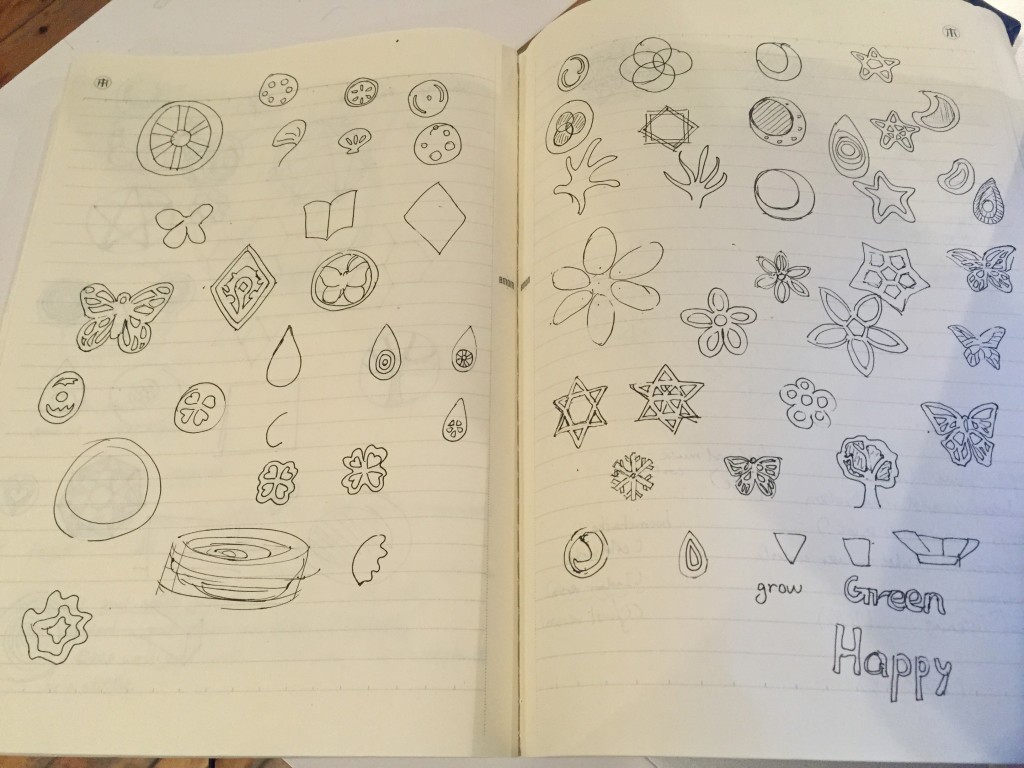 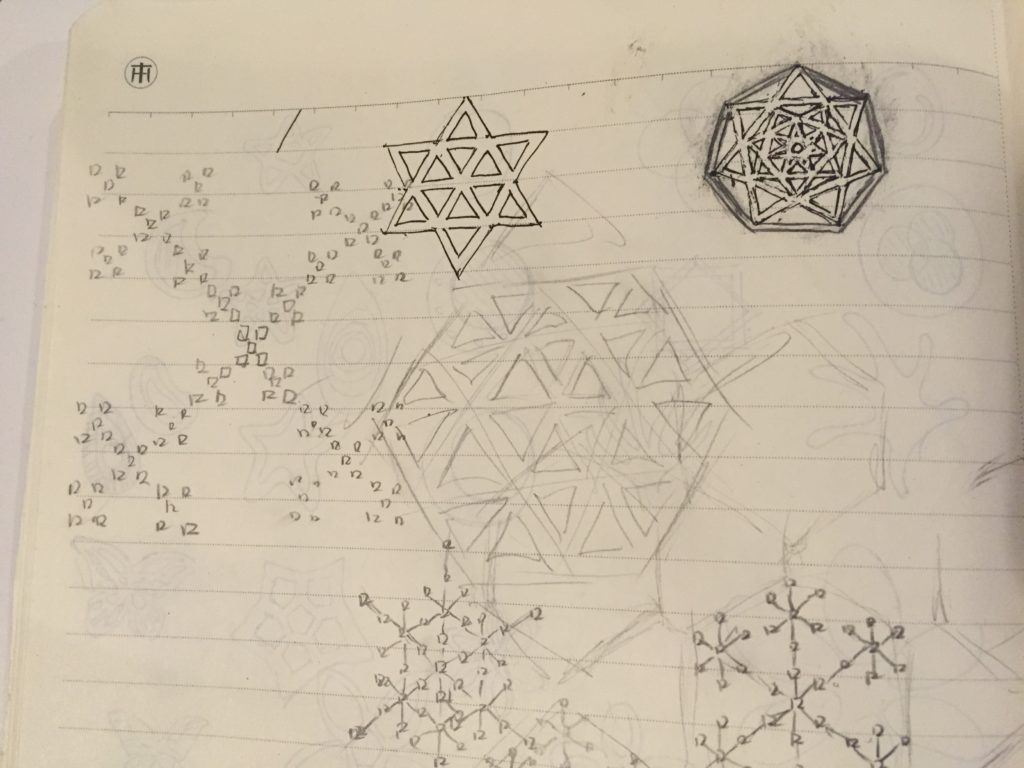 At first I made this pattern by replicating a bordered triangle again and again.

When it is finished I fear the CAM could not tell the difference cutting inward or outward. So I made another draft composed of 12 triangles inside and a whole star outside.

I happen to have a little problem using draft1(and maybe the process of CAM as well), cause I found CAM can only interpret the pattern as lines instead of triangles and star. So I used draft2, it still seemed cannot tell a triangle. I thought maybe because I grouped the whole figure together. When it is ungrouped into 12 triangles and a star, then the CAM can tell a whole triangle, and I continued using this draft for CNC. 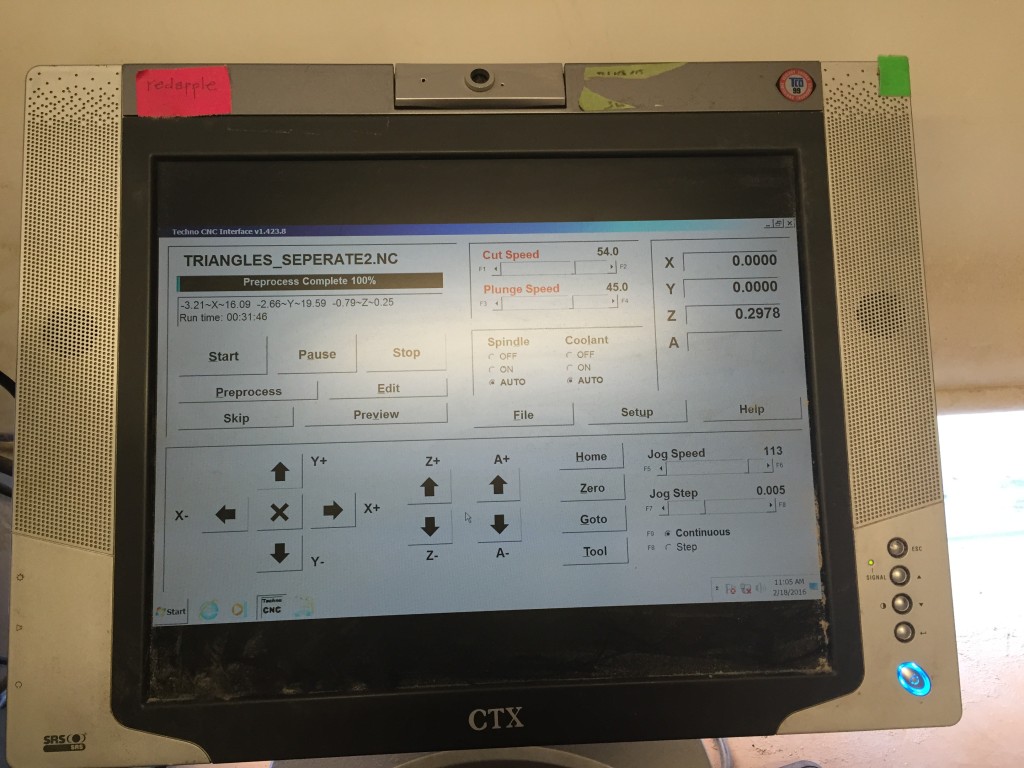 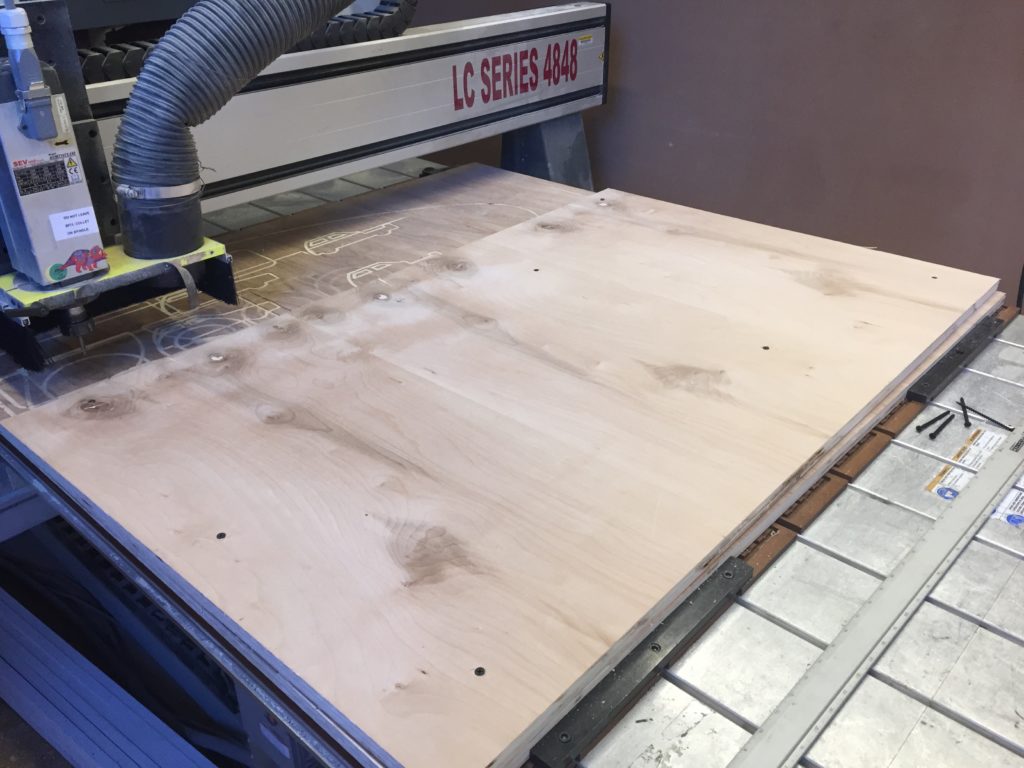 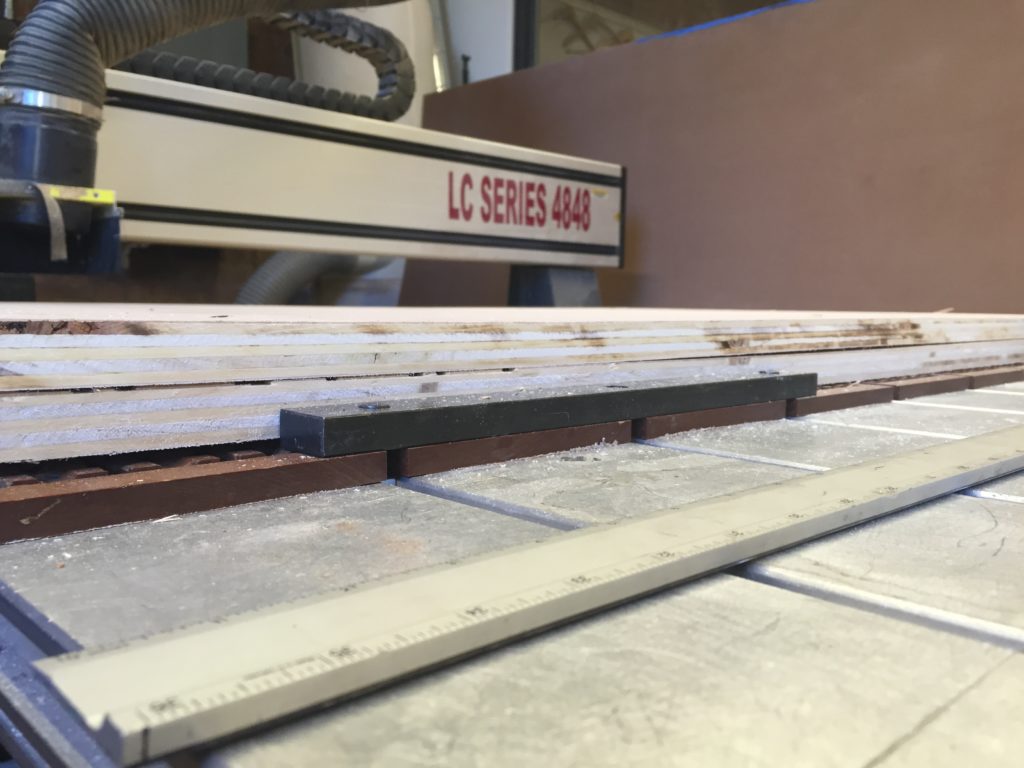 I used as much screws to make it steady. Sometimes screws can’t go all the way in and I need to get it out, push hard the plywood, then drive it in again. 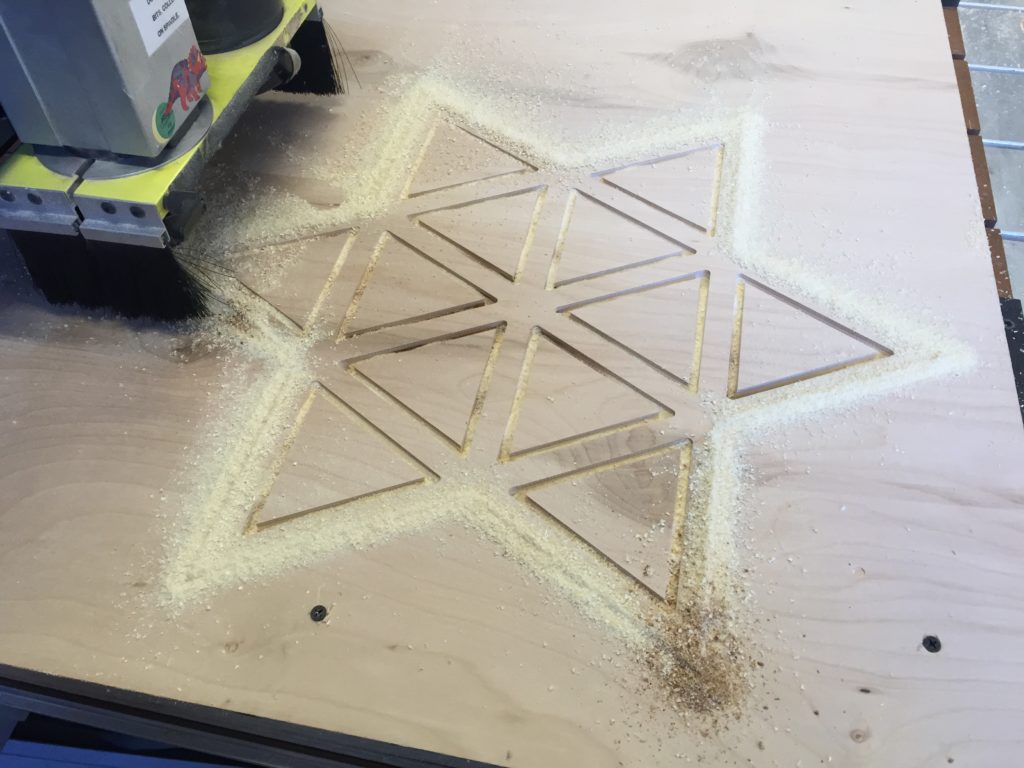 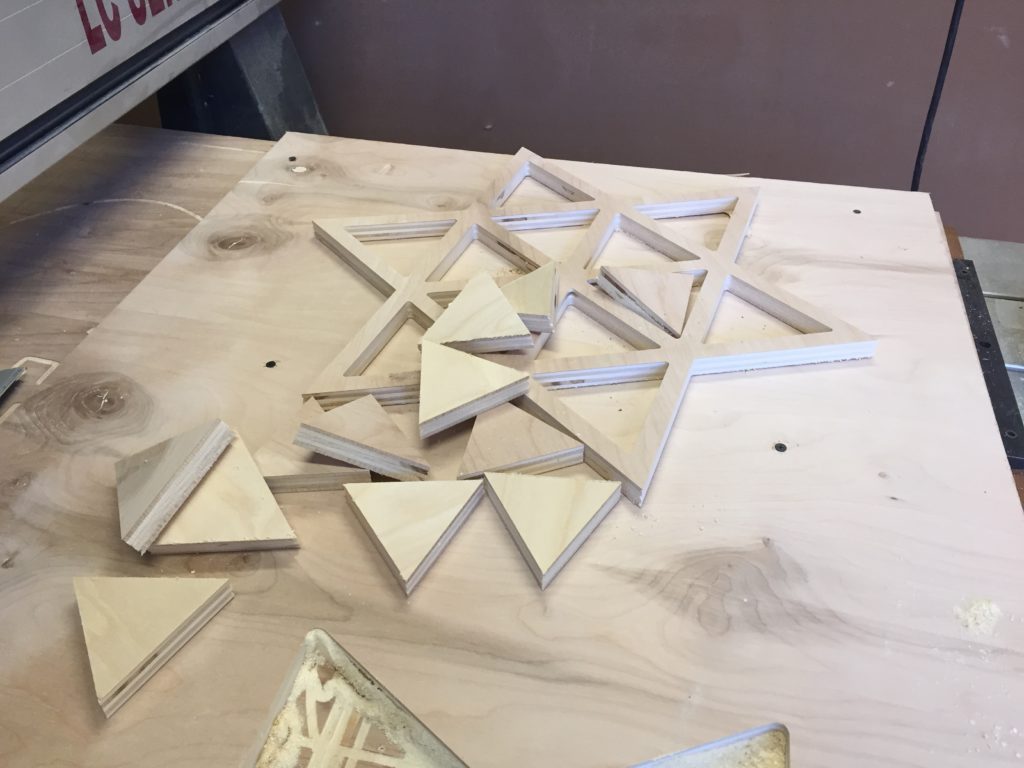 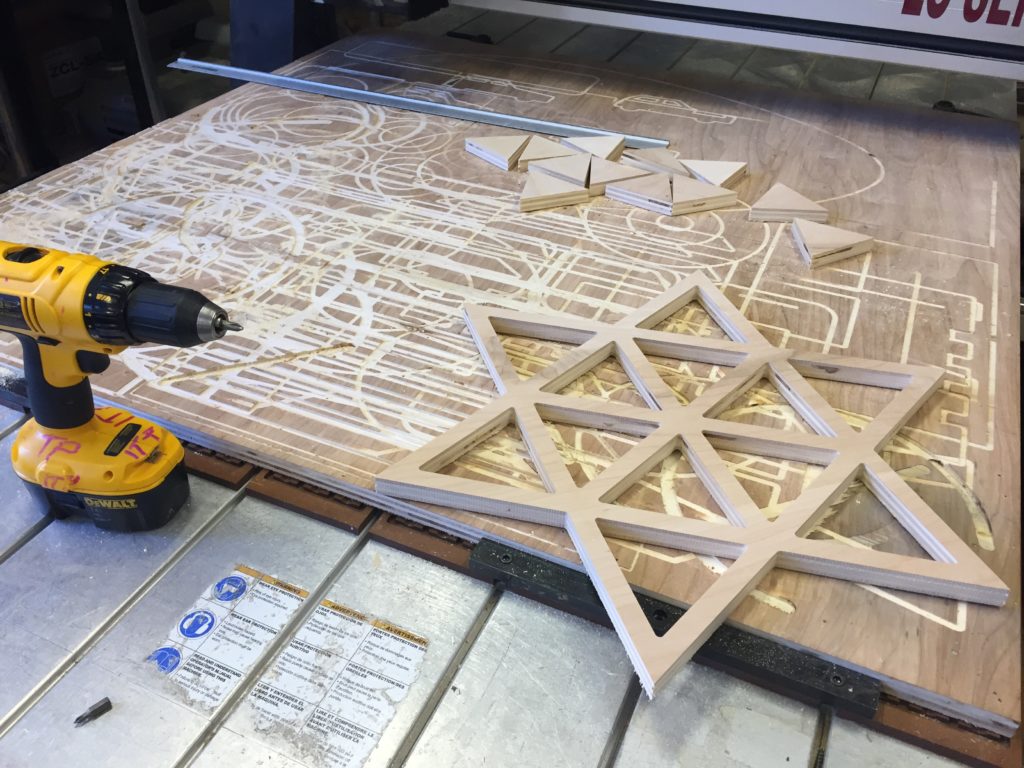 At last I hang it over the wall just below a light and I think the light effect super great. 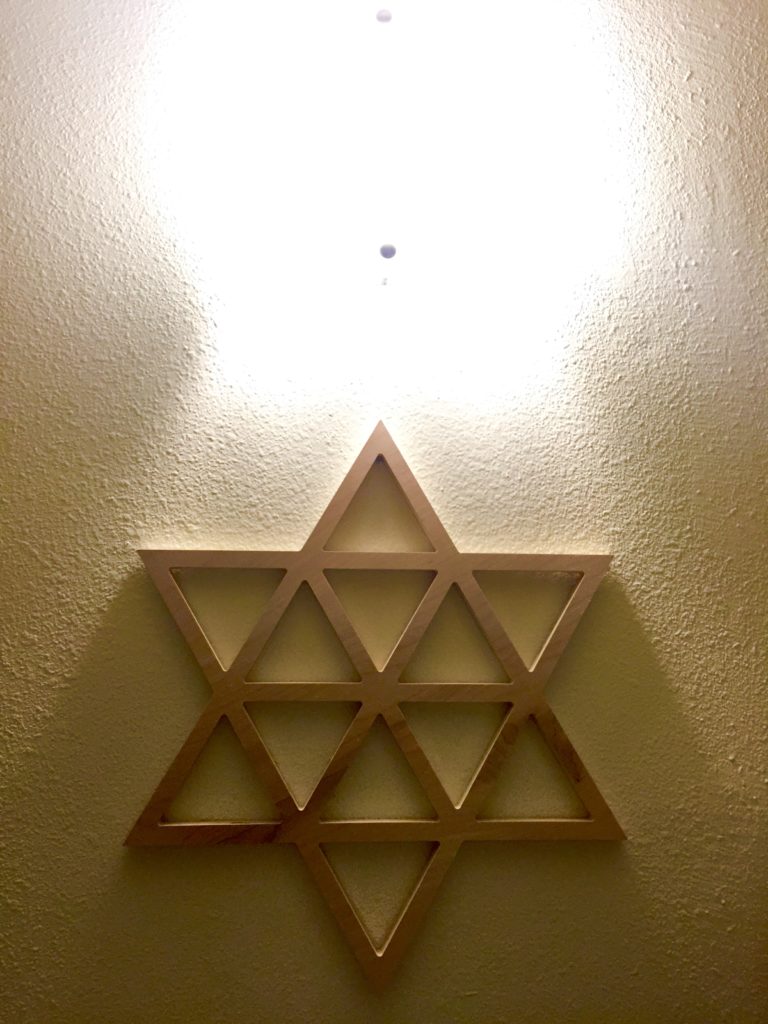