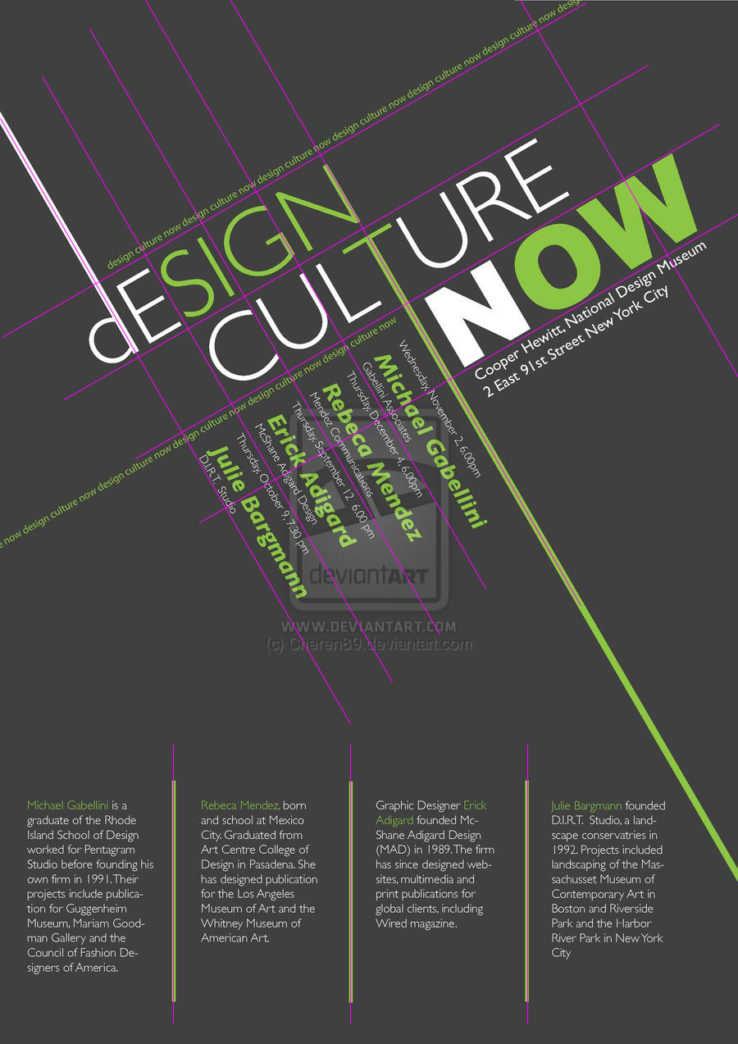 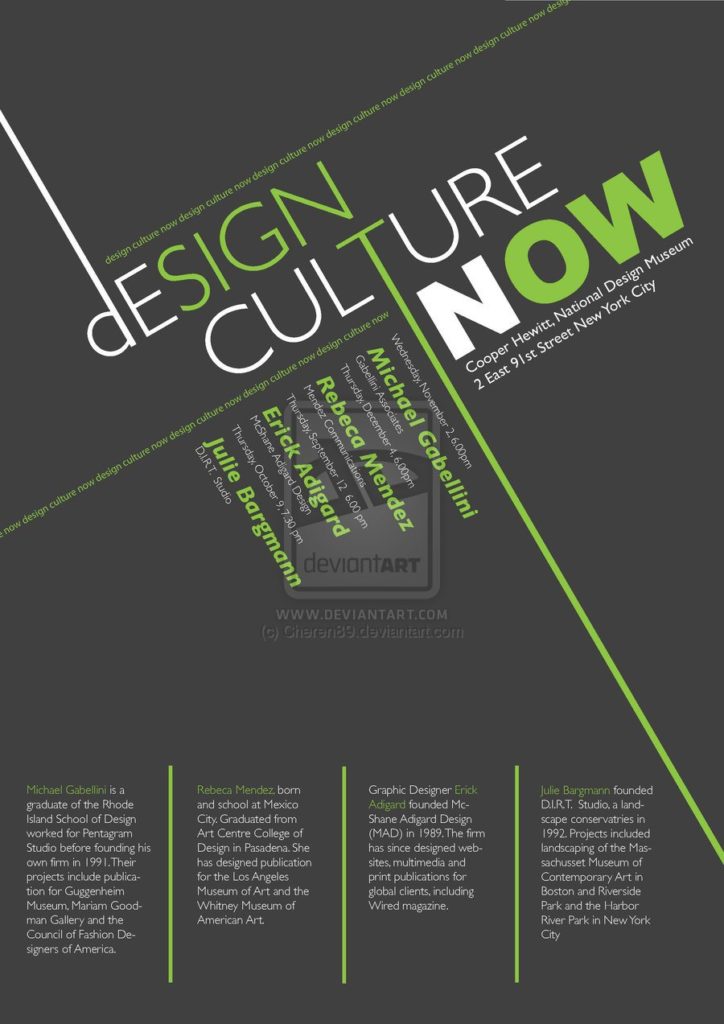 This is a poster about design culture.

Pros: I think the design is cool because it divides the space with some slanted lines. And it adds some details to each of the four hierarchies, making it more varied and visually interesting.

Cons: The hierarchy could be better. In my point of view, I think the importance of the title should be greater than the word “Now”. And time should be more important than the place where those lectures from, but it’s actually hard to find than the place of this event. Besides, there is some redundancy in the design because the names of the four lectures are stated twice, which in my point of view can create some confusion about the information at first glance, such as you want to find the time of event and look at the bottom because there are lecturers, and thinking they should cover everything about the lecturers and lectures, but found nothing there. 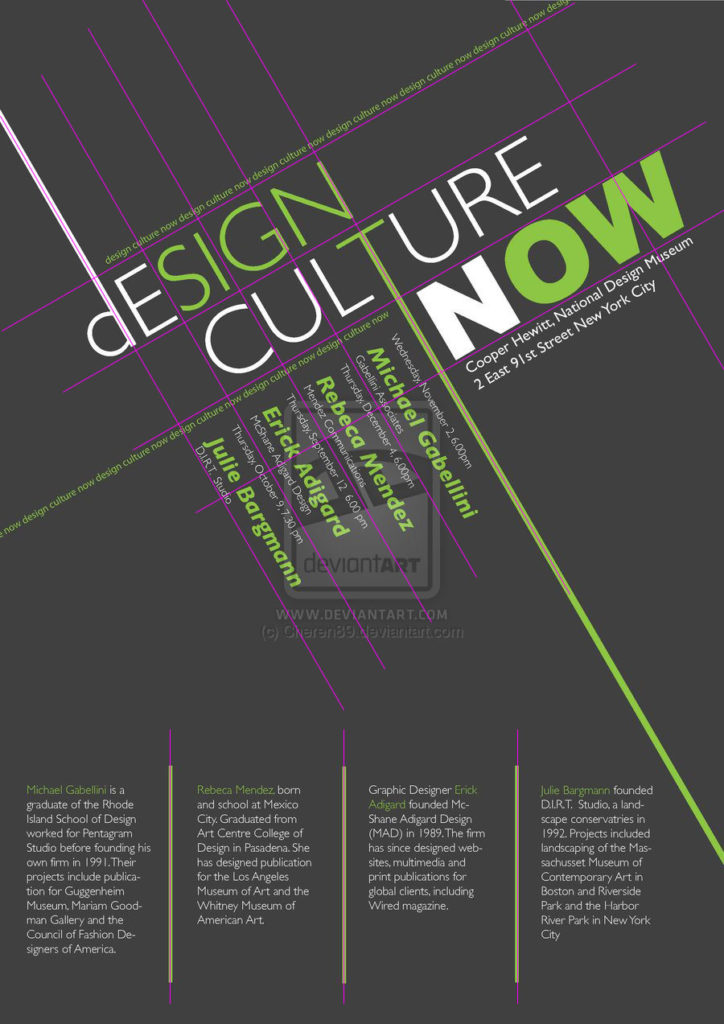 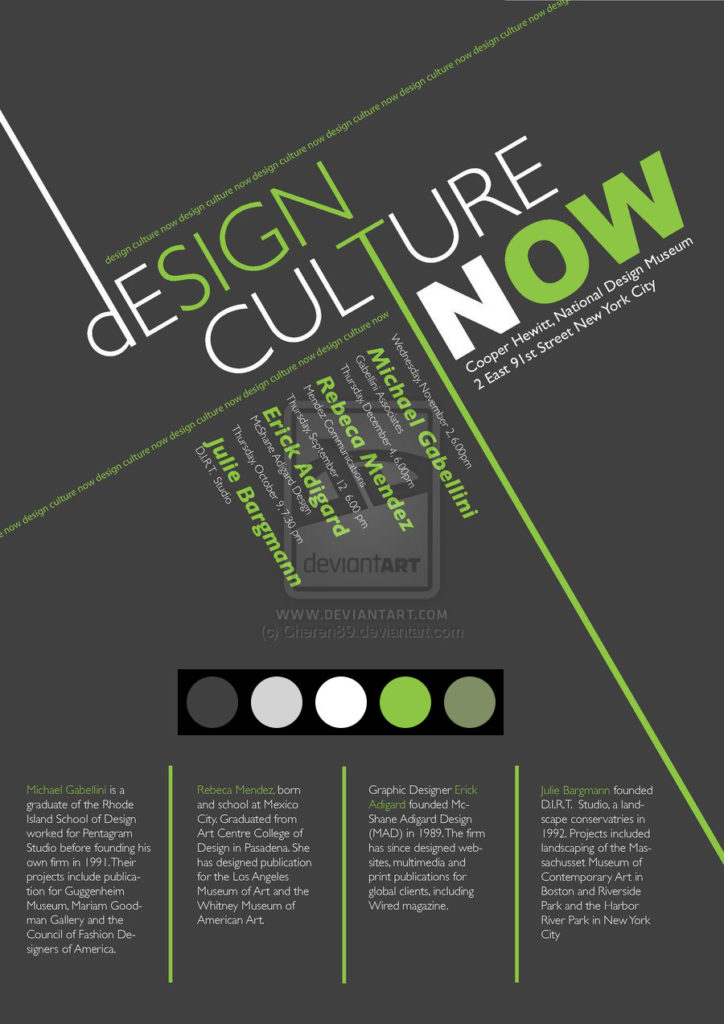 There is actually only one tune – green, combined with gray scales. There are three variations of grayscales: dark grey, light grey and white. And there are two variations of green: light green and a slight darker green.

Sowhat maybe a kind of rounded font like Arial Rounded