Dream of Wings is my Thesis project. It is an VR bird-like flying experience controlled by body motion:

Below is my thesis presentation:

I often dream about flying with my own body, and technology showed me the way to make it real. 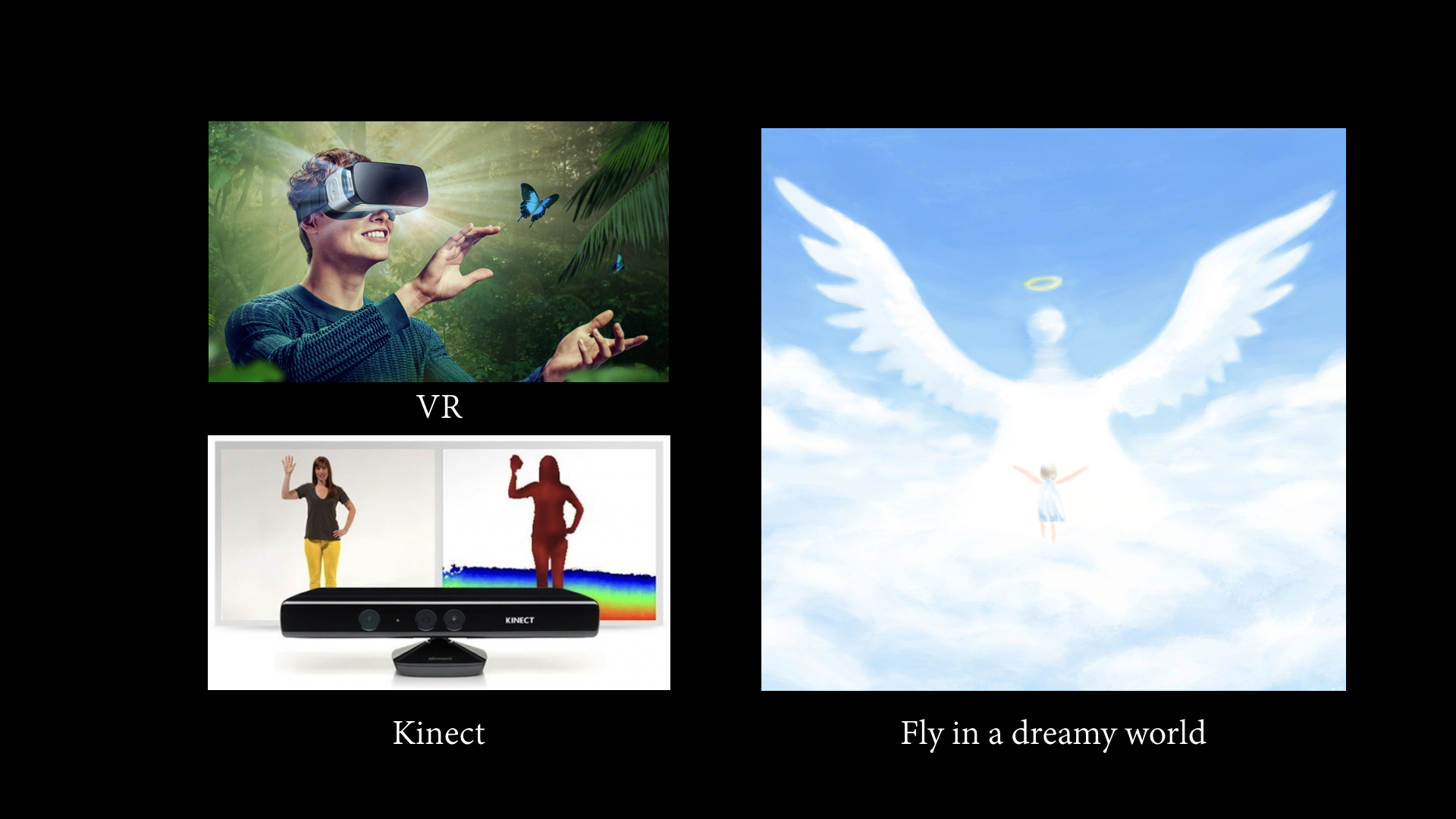 I used Unity as development platform, and chose Kinect for weightless motion capture. The captured data is passed to Unity for data processing. The graphics is rendered in Unity for VR. 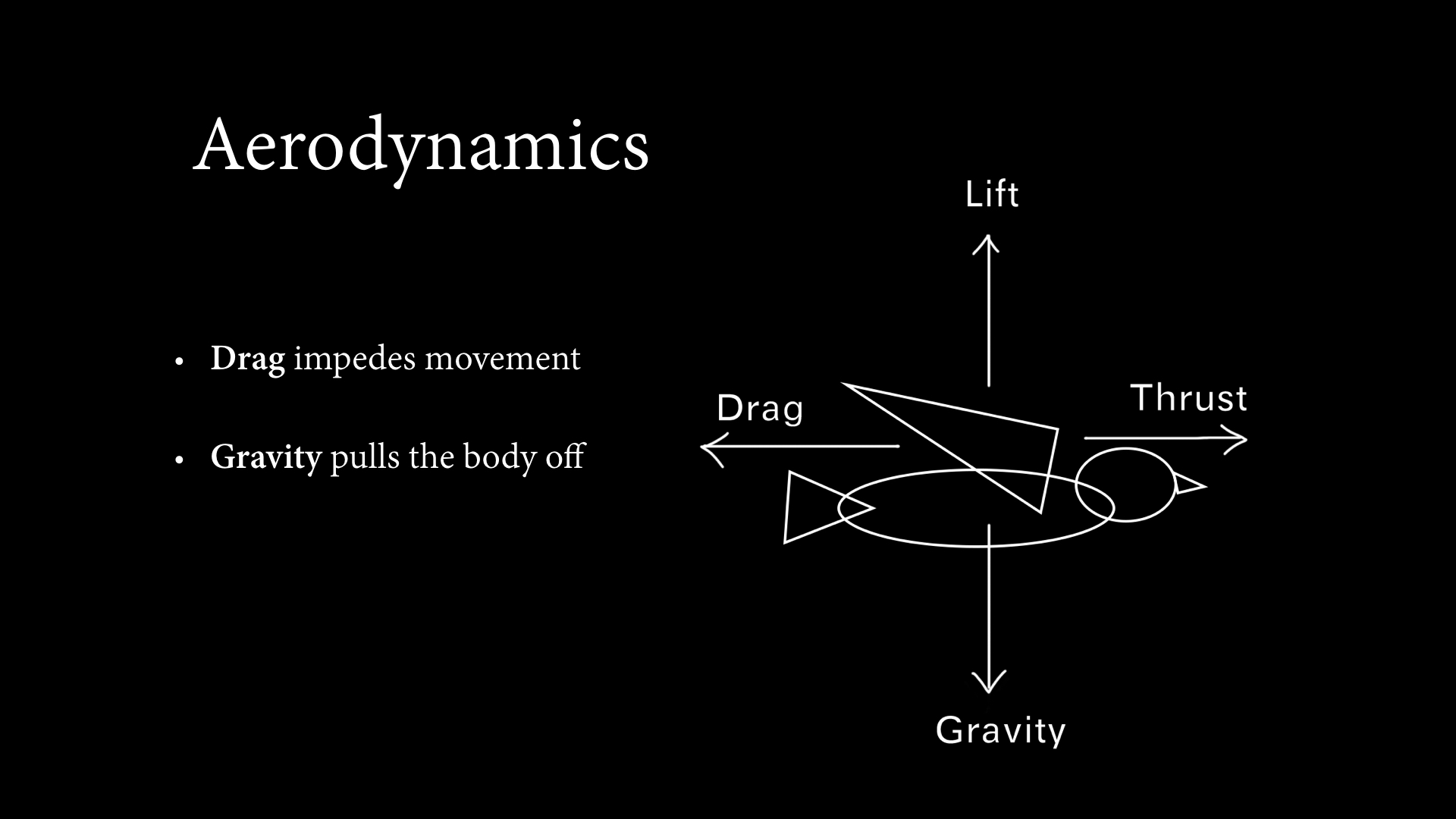 In order to create a realistic and bird-like feeling, I decided to apply basic aerodynamics in the project. After researching online and asking experts, I successfully built a simplified aerodynamics model which considers the player as a rigid body with two wings.

A mapping function was designed to map the body movement to the angles of wings. Seeing glitches in data input, the data was smoothed between two frames.

In order to maximize the feeling of flying, aerodynamics parameters were adjusted based on data input, and body tilting gestures were added to further control the orientation.

Test in p5.js: use mouse to simulate wings.

Test in Unity: use mouse to simulate wings + aerodynamics.

In the end, the project achieved most of the design goals. In ITP Spring Show 2017, most people said that they really felt like flying, and people from seniors to children could all enjoy it without much effort.

Interestingly, this man said he had dreams about flying like swimming, so he tried to fly as he swim. It actually worked for him as well:

The Treachery of Sanctuary by Chris Milk:
http://milk.co/treachery